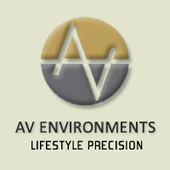 These are all components of wired or wireless networks. I am not sure how to explain them so everybody can understand, so if this is too technical, I do apologize.

A Router is a device that forwards data packets along networks. A router is connected to at least two networks, commonly two LANs or WANs or a LAN and its ISP's network. Routers are located at gateways, the places where two or more networks connect. Routers use headers and forwarding tables to determine the best path for forwarding the packets, and they use protocols such as ICMP to communicate with each other and configure the best route between any two hosts. Very little filtering of data is done through routers.

A hub includes a series of port that each accepts a network cable. Small hubs are used to network four computers or less. They contain four or sometimes five ports, the fifth port being reserved for connections to another hub or similar device. Larger hubs contain eight, 12, 16, and even 24 ports.

Switches are a fundamental part of most networks. They make it possible for several users to send information over a network at the same time without slowing each other down. Just like routers allow different networks to communicate with each other, switches allow different nodes (a network connection point, typically a computer) of a network to communicate directly with one another in a smooth and efficient manner.